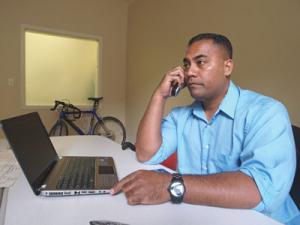 Now that I am home, I am able to look back on my experiences in combat and contemplate things that I didn’t have time to think or worry about while in “the thick” of a combat zone.

One prevailing thought that I have is my feelings about the men I served with and the men who served under me. Many times the ones who served under me were so young that they walked a thin line between a man and a boy. Regardless, the young boys who came home are more than men now, aged not only by time but also by suffering, pain and loss. I look back now and I remember how some of these young men endured the 140° heat of the land. Their clothing soaked with sand, sweat, and stench. The sweat would crystallize and chafe their skins like sandpaper as the flies gathered to bite and follow the scent of the blood. Days at a time, these men would stay “outside the wire” finding 2 or 3 hours of sleep in a bombed out building, upon broken glass, rubble, debris, and sometimes upon the hot sand without shade or cover. I was impressed as I watched them ignore the most uncomfortable circumstances in order to keep their minds, first upon the mission, and second upon the welfare of each other. As one or two would sleep for a brief moment the rest of us watched over them like lions protecting our pride. There was no safer place to sleep for us, even though our enemies were all around; we were not afraid because we knew we could rely on each other.

Now that I am home I think back on those memories and although they are noble they also pain me. It pains me to wonder what their mothers would feel, or what their fathers would think if they could see what I have seen. If they could look through my eyes and see what their brave sons and daughters are doing for this country. How much their children are suffering on behalf of our beloved flag. It would make them proud but I also know that it would bring them as much pain as it brings me now. To think of them, so young and already being exposed to the most horrendous realities of life without censorship or shelter. The realities of death as they lose friends, as they watch children and women cut down by suicide bombs, and as they take part in shedding the blood of other human enemies. So young and already tasting the bitterness of war before being able to enjoy many of the great pleasures of traveling the world, or enjoying college frat parties, or exploring their dreams, or experiencing parenthood; and for those who died in combat they will never have those chances again. Now we are coming home and we are putting away our weapons of war. Now the struggle is to turn these skills of war into skills of peace; to carve out a living and while not struggling or suffering as badly as before to still struggle and suffer a burden that is so much easier to bear in the form of the body, but seemingly impossible to bear in the form of the heart and the mind. If it were just a matter of worrying about money then I’m sure most Veterans would be quick to excel and succeed, but now the case is how do Veterans release the burdens of war that are an addition to what we currently bear? To come home and no longer have the lions watching over us in our sleep, to come home and no longer have our issued weapons that were like an extension of our bodies, to come home and put down the habits that kept us alive in a hostile hell, to come home and close the eyes that have grown on the backs of our heads. The war is not over, it has only begun and this “war of coming home” has no formal training ground, it is a free for all, an “every man for himself” war.

This is why many Veteran Organizations exist today, for example organizations like Project Hired. This is why Veterans like myself are volunteering to fight in this war no matter what the cost. This is why patriots like Craig Newmark are stepping in as reinforcements in this war to save Veterans. So many Veterans come home and commit suicide or become dysfunctional, not because of the difficulty of society but because of the difficulty of the transition, the difficulty of processing the war after it’s been fought, the difficulty of adjusting to how much “war” has changed us, forever. I used to like video games, going to movies, transformers, comic books, French kissing, and many more things that used to make me feel alive. Now none of these things can make me feel real anymore. Occasionally playing with puppies and cute little kids makes me feel alive for just a moment until they are gone and then I fade back into my world of black, white, and gray; my world of numbness and darkness. The only other thing that has saved my sanity is helping my fellow “war dogs” make it back home and I mean “really make it back home.”

Just recently I found another patriot who is helping us come back home and come back home to work. Normand Marchand who is the CEO of Clear Wall is hiring Veterans right now. I just met with 20 Veterans at the San Carlos EDD and Normand selected 6 Veterans right there on the spot to work for him. These aren’t temporary jobs or jobs that no else wants. These are life long careers that pay $300 per day. These are jobs that can help Veterans buy homes, raise families, and settle down right here in San Mateo County. Normand’s father is a Veteran, Normand understands our struggles and he has already rescued two Veterans from poverty and given them new chances at life. One of them was able to get married and support his new wife soon after meeting Normand in a bar. Normand met him, found out he was a Marine who was out of work and struggling and gave him a job right on the spot. Work is only half the battle and it is the easiest part of the battle, the hard part is also dealing with the war mentally and emotionally. This is why I am putting Veterans into this program, if a Veteran cannot get to a professional doctor for help; the next best thing is for a Veteran to get to another Veteran. In a work environment with Veterans all looking out for each other, once again, the “lions can watch over the pride.” Symptoms of PTSD and suicide are subtle and many times go unnoticed to the untrained eye, but Doctors and Veterans can spot these subtleties and respond better than a non-Veteran or untrained professional. That’s why I believe that what I am doing is very important and vital to the Veteran cause.

I have a website called GC4Vets and the site is GC4Vets.org. In this site I post my updates of my activities and progress. I also update my jobs postings and jobs events. My “in the News” section has my articles, interviews on radio, and interviews on TV. If you would like more updates on what I am doing please follow my reports and register on my site. Don’t forget to click “like” on Facebook.  I appreciate all the organizations and groups who are supporting Veterans, supporting my work and spreading the word about what I am doing.

0 thoughts on “Now that I am home, I am able to look back on my experiences in combat…”