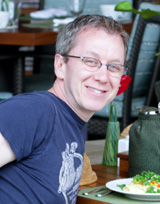 I’m a big fan of DonorsChoose.org, helping teachers get the job done. A teacher can post a project there, and anyone can help out by giving a few dollars until the project gets funded. A project could be as simple as getting enough pens and paper to last the school year, which is a real problem in many schools. There’re a lot of underfunded school districts out there, and it’s real unfair for teachers to fund stuff from their own (inadequate) salaries.

Some schools primarily serve the families of active duty troops, so this really sucks.

That’s why I picked up an idea wherein I matched funds with people who would also help teachers helping the kids of military families. Here’s some of the results:

I guess that’s a good start, and I should do more…

My general giving page is here!