Hey there, folks, I’m speaking at the Poynter Journalism Ethics Symposium today. I’m giving my speech right about now, and this is what I’ll be saying and talking about: 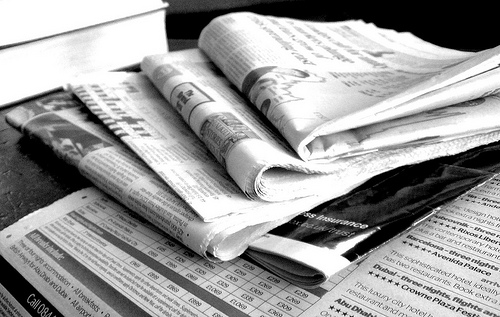 I’m speaking only as a news consumer, I just want news I can trust.

The press should be the immune system of democracy, and needs to fulfill that role again.

The observations I make are based on insights from industry insiders, many of whom are at the Poynter symposium. I really appreciate your presence here, and your ongoing work, for being in the vanguard of restoring trustworthiness to the news.

My hope is that the outcome of this effort will move the needle regarding trustworthiness of the news industry.

There’re many paths toward that end, and they’re all far more difficult than I imply here. I’m guessing these are required for survival of the news industry, and might allow premium news operations to thrive.

For example, we need to establish fact-checking as the norm for all significant news stories. Previous fact-checking of specific sources  should drive future analysis; if a source has a poor record, that should be made clear.

It’s also time to end the pretense of objectivity in frequent situation where one side of a story just isn’t real, and someone is brought in to present a deceptive position.

That’s what folks sometimes call “false balance,” similar to the “CNN leaves it there” problem. In both variations, the interviewer presents a platform for a speaker to lie to the public,  unchallenged, and often in a manner that amplifies an existing deception. (For later: is the interviewer and/or news org complicit in deception when the lie is aired without effective challenge?)

Finally, how do we restore ethical practices to industry players  which shun them as outdated and inefficient?  A superior ethical code might lead to industry self regulation. It that’s perceived as unworkable, market forces might solve the problem; only ethical news orgs would be perceived as trustworthy, and worth paying for. A legal solution might become an unintended consequence; unethical news orgs might be regarding as unprotected by First Amendment and shield law protections. That might cause enormous liability issues.

We need a trustworthy press to serve as the immune system of our democracy, and my hope is that we can move the needle in that direction with this symposium and its aftermath.

0 thoughts on “Restoring trustworthiness to news”