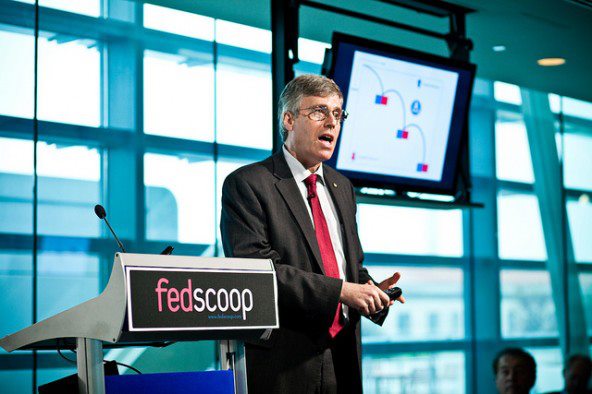 (from the dept of giving-credit-where-it’s-due)

VistA is the Dept of Vets Affairs health record system, and it’s been a huge success. VA has open sourced it, which is remarkable achievement for
Washington, a really big deal. It means that anyone can improve it or interface with it. Check out the Challenge.gov VA Medical Appointment Scheduling Contest.

What they’re now saying is that the Dept of Defense is considering a health records system, and that VistA should be considered for that.

That sounds right to me, it gets the job done, has been working well for years, and is already available publicly for the public to better help veterans. That means people can find ways to add function to better help active service troops. Find out more here: http://fedscoop.com/va-responds-to-defense-iehr-rfi-with-open-source-recommendation/

But wait, there’s more! Folks at VA have been doing some big stuff since 2009. They’ve announced the VA Center for Innovation. I’d say that the
following is a small part of VA innovation, I’ve seen it firsthand and it’s real. Here’s a little of what they have to say:

As you can see, the new VA Center for Innovation is more than a name change for us. And to make this all the more real, we get to announce a
few recent milestones along with the VACI rollout: