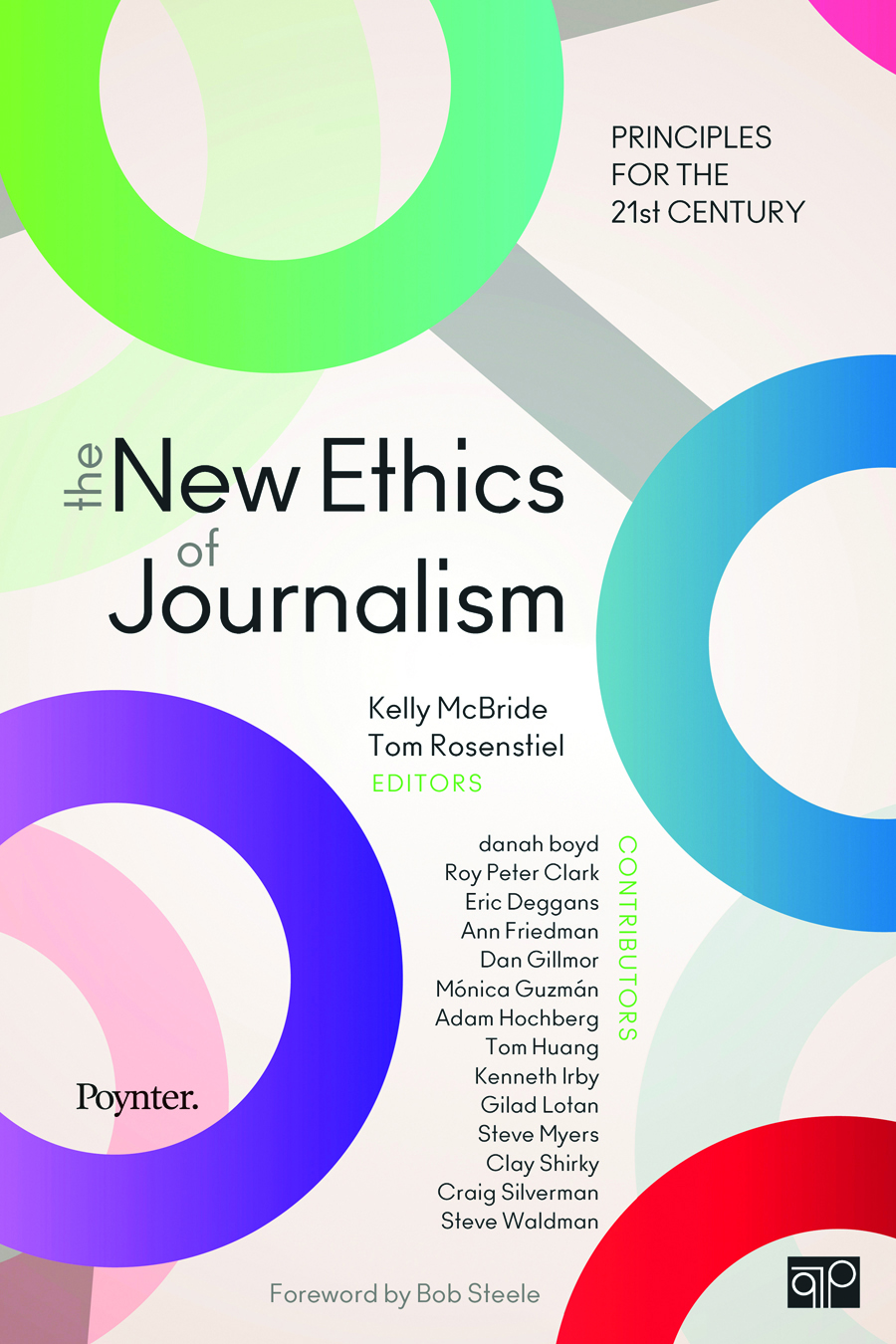 Hey, I’m working with Poynter to advance their efforts related to journalism ethics in the new digital world, and they’ve released a new book: The New Ethics of

Journalism, that’s the direct result of the Digital Ethics Symposium that I sponsored last October.

The book is co-edited by Poynter Senior Faculty Kelly McBride and Tom Rosenstiel, Executive Director of the American Press Institute.

As is described in the Poynter blog:

“…[the book] provides an evolved set of guidelines and principles for journalists, students, and mass communicators, with chapters contributed by 14 of media’s top thought leaders and practitioners.

The book examines the unique problems of searching for trust and building trust in the 21st century: Vetting and verifying information in the vast arena of social media; the effects of interactive social media on storytelling and news gathering; the contextual meaning of stories and the value of images; and the evolving role of a community of citizen journalists and individual documentarians in the production of news.”

I really just want news I can trust.

Couple years ago, I blurted out that “the press should be the immune system of democracy.” And I still believe that.

Turns out that what we have now are a lot of ethics codes and policies, but very little accountability. This is something I often discuss when I talk about trustworthy journalism in a fact-checking-free world.

I work with Jonathan Bernstein, of Bernstein Crisis Management, and he wrote an article about “The New Ethics of Journalism.” Jonathan says:

“I have long advocated use of the SPJ’s ethics code in crisis management media relations, as leverage to persuade writers and editors to amend their copy or behavior when either appears to violate it. However, that code is a little antiquated. It doesn’t take into consideration the Internet’s immense impact on media relations of all kinds, traditional and social.

McBride and Rosenstiel’s new book finally does that.”

Here are the book’s “Guiding Principles for Journalists,” which in the book are further developed to include specific ethics practices:

Folks, any news outlet that wants to succeed must be trustworthy, that is, accountable. I feel that’s required for their survival, and for national survival. More to come…