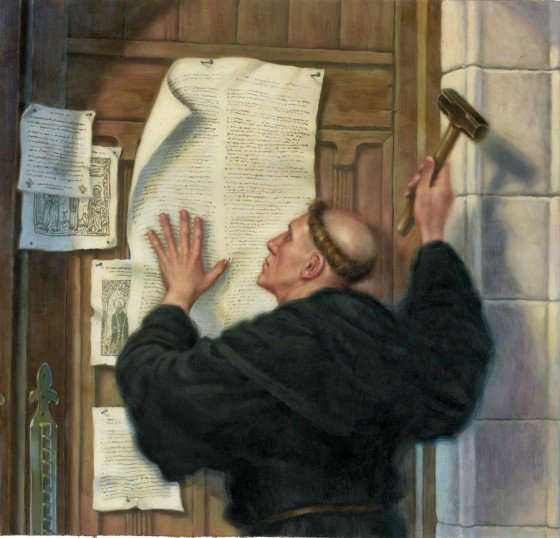 On the Internet we continue an old tradition of social media, pioneered in the Roman Republic. I look at the social media leaders in the past who were good at doing things. They really paved the way for what’s happening today with technology. The Internet and social media have been a way to give a real voice to the voiceless and real power to the powerless. It’s created a space for citizen journalism.

If we look back, we’ll realize that there were many powerful social media leaders of the past, for example: 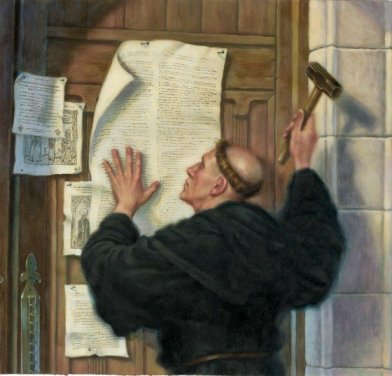 1. Julius Caesar was an early blogger, even though it was very low tech.

Looks to me that Julius Caesar was not only a blogger re: the conquest of Gaul, but he kinda invented journalism in its most literal sense.

2. It got a little better with Martin Luther, who decided to use an evolved form of the same network. He got pretty good, blogging on a church blog. Luther blogged his way to major religious and social change.

Of course Luther was assisted by this printing press thing – and this evolved in the Twitter revolution of 1688. He used the efforts of a nerd, a guy Johannes Gutenberg, to great effect. (Gutenberg got great stuff done, but it was Luther who got big stuff done.)

(I’d like to credit two books for much of this: Tom Standage’s The Writing on the Wall and Jeff Jarvis’ Gutenberg the Geek.)

You can’t make change from the top down. The president’s the most powerful person in the world, but not that powerful. What’s powerful is when people in the trenches work together to get things done, and that’s what makes a difference.

My deal is to try to get folks to work together. It’s important to give a voice to people who never had one, and then to share their work. My stuff to date gives me a bit of a bully pulpit that I don’t need for myself. However, I use it on a daily basis to get the word out on behalf other others.

My joke, occasionally tweeted, is that I retweet a lot because 1) it’s good to share, and 2) it spares me the burden of original thought. Well, #2 has some truth to it, but #1 is the big deal for me.

5 thoughts on “3 Powerful Social Media Leaders of the Past”