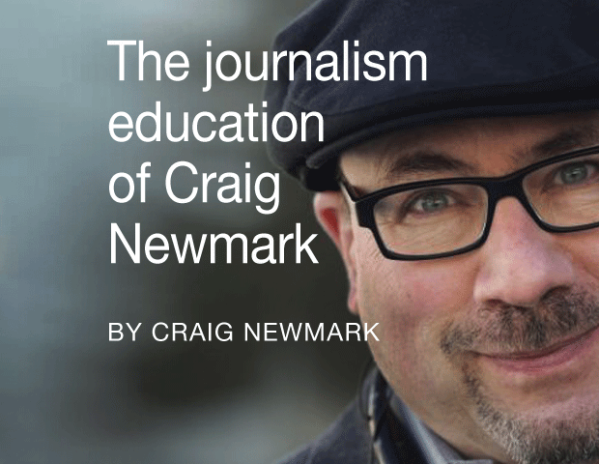 Folks, here’s an excerpt of a blog post I wrote for Poynter. Please click here to read the whole story.

When I saw a story recently in the New Republic asserting that Silicon Valley has become one of “the most ageist places in America,” I was taken aback.

As far as I can tell, there is discrimination against older people in the business world, but it’s no different from what I’ve seen through a 38-year career. It doesn’t surprise me, since I’ve faced what might be ageism (I’m 61), but maybe I have been discriminated because I’m balding, short, and pudgy.

Still, I have concerns that readers might take this particular story about ageism as proven fact — even though the reporting seems to be mostly anecdotal.

The story characterizes a group of maybe a million people based on a small sample size and, to me, a handful of the anecdotes seemed not so good, not so trustworthy. As a very literal guy (nerd) I assume that the headline and the body of the article are telling me that the vast majority of folks in Silicon Valley are guilty of a form of bigotry.

In the middle of my reflection, I read an interview with Aron Pilhofer from the Tow Center for Digital Journalism. Pilhofer runs a newsroom team at The New York Times that combines journalism, social media, technology and analytics. Some of his comments about data journalism, culture and going digital, seemed to echo my criticism of the New Republic’s piece on ageism.

“Journalism is one of the few professions that not only tolerates general innumeracy but celebrates it,” said Pilhofer in the interview.

“It’s a cultural problem. There is still far too much tolerance for anecdotal evidence as the foundation for news stories.”

Pilhofer’s comments confirmed what I was already thinking, that anecdotes are great clues as to what might be going on, but sometimes they are cherry-picked to confirm what a writer already believes. That’s to say that they can reinforce truthiness and preconceived notions.

I view hard data as complementary to anecdotal evidence. We need to balance both. If somebody asserts something factual, I want them to back it up with more than anecdotes, so that readers can trust it.

I turned to friends I’ve made in the journalism world for their opinions. Since I’m just a news consumer, not a professional journalist, I wanted their expert opinions. I asked them each to respond to this question:

When is anecdotal reporting enough to support broad conclusions without concrete data? This recent article on ageism in Silicon Valley seemed to paint an entire group of people based a handful of examples. Is that fair?

You can read folks’ responses over on Poynter. And, I’d like to hear what you think, too. Please share your opinions in the comments below. And be sure and check out the Harvard Business Review article How Old Are Silicon Valley’s Top Founders? Here’s the Data. 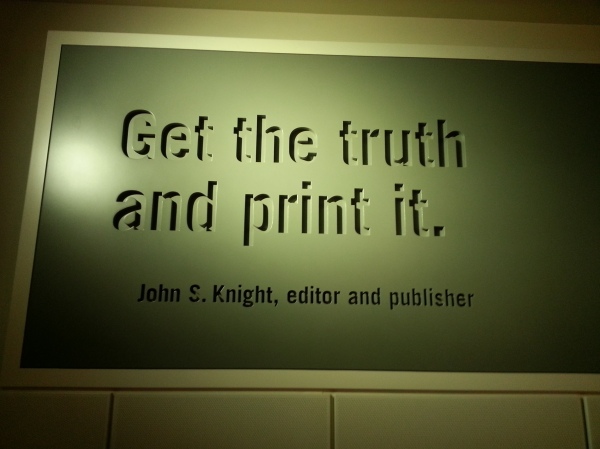 Getting real about trustworthy journalism

Okay, I really just want news I can trust.

Couple years ago, I blurted out that “the press should be the immune system of democracy.”

Personally, I really don’t like being lied to, but my deal here is that our social contract with the news business is that they hold the powerful to account.

In return, we buy the products of news outlets, and give news professionals certain protections, like the US First Amendment and shield laws.

That gives the press a lot of power, which means that the news industry itself needs to be accountable. That’s a lot easier said than done, and it’s only getting harder to do.

However, if a journalist or news outlet isn’t trustworthy, is it worth buying? Is it good for the country? 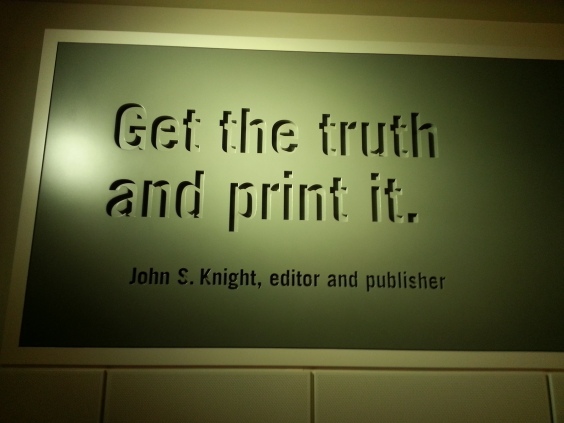 Well, I’m not in the news business, I’m an outsider, but over years I’ve spent a lot of time with people in the business, and I’ve gotten glimpses as to how the sausage is made. That means I gotta respect boundaries, and not tell people how to do their job.

That job gets more and more challenging, and even good news orgs can have lapses. I’m good with that, if they fix those lapses and hold themselves otherwise accountable, in good faith. Sure, there’re legal consequences, but the bottom line is driven by trustworthy actions.

Turns out that what we have now are a lot of ethics codes and policies, but very little accountability.

To make sense of this, here’s the kind of lapse I’m talking about, none of which seems to have been addressed.

1. NBC selectively edited a video and badly misrepresented a guy in a real ugly case. Not clear if they’ve come clean about it yet.

2. Sometimes a news outlet might broadcast a public figure lying, even when they know it’s a lie. This is what Jon Stewart calls the “CNN leaves it there” problem.

Suggestion: Reporters are smart, if they know they’re being lied to, don’t broadcast it. If they smell a lie but not sure, do a good faith fact-check.

3. Sometimes a news outlet does fact-checking and “forgets” to follow through. This has happened to me, but more importantly, happened to Jimmy Wales very recently, in the NY Times:

“It is very odd and filled with a lot of basic factual errors. For example, it says that Wikipedia was run out of a strip mall at one point – that’s just completely false and a very weird thing to have said, particularly since I explained to the fact checker that it was wrong!”

Suggestion: do fact-checking, and then, correct any falsehoods.

4. Sometimes multiple news outlets will report first, without fact-checking, doing a lot of damage. This was particularly true in the aftermath of the Boston Marathon attack.

5. Sometimes, news outlets don’t do their research, get a story badly wrong, and really hurts the country. This is very true regarding the recent IRS scandal, the real story is more about Congressional failure and that the IRS isn’t targeting enough possibly bogus charities.

Suggestion: use actual fact-checked research. Using other news reports as sources is not reliable. Reporting should be transparent about the political motivations of the people pushing the story. Specifically, journalists need to make sure they spend as much “good faith” time in exploring agendas as they do in seeking sources and exploring “the facts” they are made privy to.If so, the story would be perceived differently, perhaps accurately.

The news business is under considerable pressure, competing for a shrinking audience, often having to come up with many new stories per day. Sometimes the facts just can’t be checked, which is a big reason I keep talking about “good faith.”

My personal bias is that the news industry should create their own accountability tools. I don’t think they’ll be perfect, just looking for good faith action.

However, right now people are stirring the pot, constructively, suggesting that the government intervene.

Specifically, people are suggesting that “journalists” should have US First Amendment and shield law protections. Non-professionals, specifically “bloggers,” might be denied those protections.

I think that way of doing it is wrong, and that the issue isn’t “journalist vs. blogger” but whether or not the reporter and news outlet are accountable. Here, “accountable” means “acting in good faith to be trustworthy” which means having an ethics code and honestly trying hard to follow that code.

Does a journalist or news outlet without accountability have legal protections?

You can find a great summary by Mathew Ingram, which incorporates a lot of good work from Jillian York, Jeff Jarvis, David Weinberger, and others.

However, any news outlet that wants to succeed must be trustworthy, that is, accountable. I feel that’s required for their survival, and for national survival.

Perhaps people in news can suggest how they can get to actual accountability?