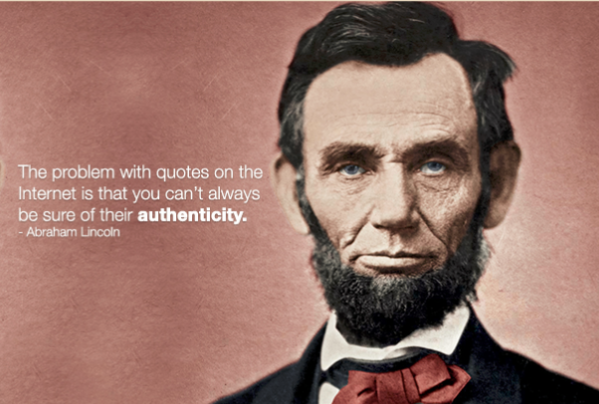 I’m a news consumer. I’m not trying to tell anybody how to do their job, or how to fix the news. I’m not in the business, and will respect professional boundaries.

I just want news I can trust. I also want to help reward good, honest journalism.

Since I’m not an expert, I have to defer to those who are. I’ve spent about ten years talking to a lot of these folks, and have recently joined the boards of Poynter Institute and Columbia Journalism Review, in addition to the Center for Public Integrity and Sunlight Foundation.

I do feel that most journalists perform admirably, but it takes very little to compromise trust in a news publication.

There’re good reasons to hope for the restoration of “the immune system of democracy,” but here’s a little of what gives me bad nights:

But since when did the practice of journalism allow for uncritically making shit up? ::shaking head:: Where’s the fine line between poor journalism and fabrication?

Old school, editors expected reporters to get stuff right, they prized their credibility, weren’t so concerned about selling ads. That message: “get it right.” Plausible fake news could get through the editors, but it was considered wrong.

New school, of recent years, seems to send the message: “don’t get caught.” Editors don’t seem to care as long as the fakeness is good enough, and sensationalist enough to sell ads.

Nowadays a lie gets everywhere before a good actor can even respond.

Please remember that I do feel that most journalists perform admirably, but it takes very little to compromise trust in a news publication.

That is, it looks to me like the vast majority of people in news try really hard, and perform admirably under intense pressure.

However, often the requirement is only that a story must be plausible, and under pressure, that replaces due diligence and accountability, except in black and white situations, like plagiarism.

So, we see a lot of “stenography,” particularly in politics, the acceptance of received or conventional wisdom, per the story subjects described earlier. Jon Stewart illustrated this when he showed the visible reaction of a reporter, responding to an obvious political lie, who had to “leave it there”…repeated every half hour.

There are hardass press organizations insisting on stricter ethics and accountability, like the Society of Professional Journalists (SPJ) and the Online News Association (ONA).

Do your best to get it right. If you do, great. If you don’t, admit you got it wrong, fix it, even if hard, and try harder next time.

And we should reward journalists and press outlets that are practicing good, honest journalism.

Recently, I heard about the Trust Project at the

Markkula Center for Applied Ethics at Santa Clara University in cooperation with Richard Gingras, a longtime advocate of innovation in journalism, who happens to oversee Google News.

Jeff Jarvis built on this work. He suggested that Google News give higher rankings to news reports that are probably more trustworthy, rewarding ethical practice in maybe the best way possible.

(I don’t think I present Jeff’s ideas well here, but he seems to be the pointy end of the spear regarding news ethics, on the professional side.)

“More trustworthy” is a really difficult problem, it involves figuring out ways that articles propagate signals regarding their trustworthiness.

That’s just the beginning of conversation, which is mission-critical for the survival of American democracy. How do we refine these signals into something useful? What other signals are useful? What can you add?

Remember, I’m just a news consumer like most people, unfortunately the pointy end of the spear from that perspective.

I just want news I can trust.

Note: After a reader called to our attention that the quote, “A lie gets halfway around the world before the truth has a chance to get its pants on,” was not said by Winston Churchill, we knew we had to do the same thing we think the media should do when someone calls out an error – admit it and fix it. Currently the author is unknown, and the quote was removed from the post. 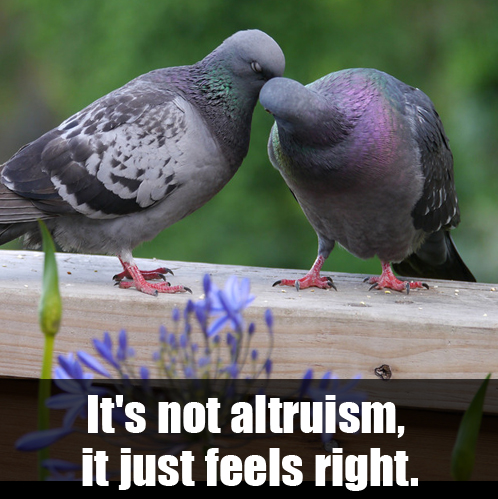 For well over ten years, a whole bunch of nonprofit orgs (NPOs) have asked me for assistance, and I think I’ve gone way above and beyond to help as much as I could.

The vehicle for all that is now craigconnects.org, where I support some causes for the short term, while learning how to do it way, way better with a twenty-year horizon.

I’ve chosen a range of causes that feel right to me, they resonate for me at a gut level. Military families and veterans efforts feel right, so does the effort to help restore trustworthiness to journalism. 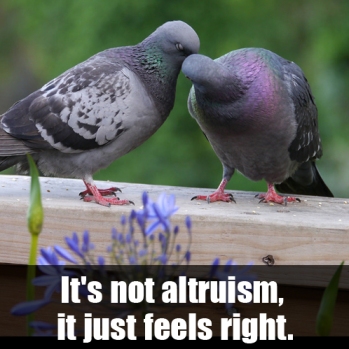 One way that I validate my gut reaction about a NPO is through good orgs like Charity Navigator, Guidestar, Center for Investigative Reporting, and GreatNonprofits. They help me find good, effective nonprofits. When they talk about America’s 50 Worst Charities or rate how NPOs are doing, I pay attention.

If I believe in a cause enough, it becomes a craigconnects focus, and my team and I locate NPOs who are really good at helping, at “moving the needle,” and support them.

Also, I’ll support NPOs that are effective and do things that I believe in, with no specific pattern.

The danger with going with my gut is that we’ve learned, the hard way, that some NPOs are really good at telling a really good, heart-rending story. Turns out that they aren’t really good at helping anyone who needs help. Cash sent to them winds up in some briefly attention-getting awareness raising, something normally useful, and in salaries and perks. Usually, an NPO gets attention via getting real results, but the kind I’m talking about, they get attention, and hope that no one checks if they get anything done.

NPOs want help from me in social media, both in consulting mode and in using social media to their benefit. I’m okay with both. Even a nerd can get to be good at all this, though I’ll never be good as a natural.

For more, please check out craigconnects.org, check out [connect with Craig], that’s a start, and I really appreciate it.